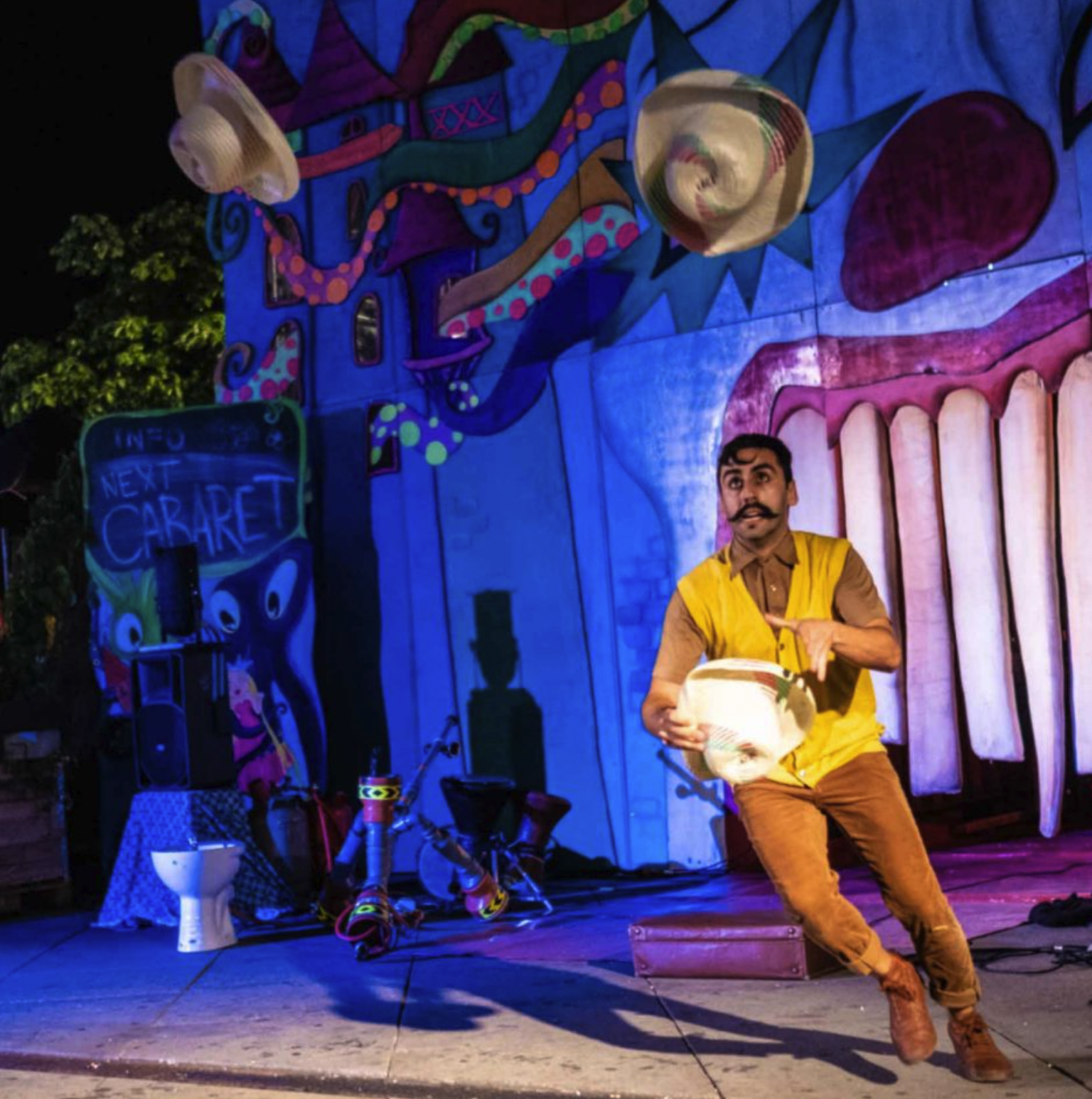 Javier Pinto, a juggler and actor, is co-founder of the performing arts company, Circo Lacustre de Villarrica, a city located in southern Chile, where Javier grew up and began his artistic journey. In 2006 he settled in Buenos Aires (Argentina), there he began his professional training, venturing into and deepening various stage languages ​​such as mime-theater and stage juggling. Based on this learning, he developed his own style that mixes both techniques and created his first artistic number, presented at various Festivals and Conventions in Argentina, Chile, Peru, Ecuador and Brazil, between 2010 and 2013. In 2014, he returned in Villarrica, he is part of Circo Social educational projects and is part of the cast of the recently founded Compañía Circo Lacustre. Among the productions managed by the Company, the following stand out: Pic – Nic (2016) and Sin Tierra (2017), Circus-Theater shows, with which he has toured different cities in Chile. In 2017 he premiered his one-man Clown and Juggling show „Va qué Va“, with him he participated in various Festivals in Europe, during the 2018 season.